Home » Business » Politics » The Euro – OPPORTUNITY OR THREAT FOR BRITAIN ?

The Euro – OPPORTUNITY OR THREAT FOR BRITAIN ? 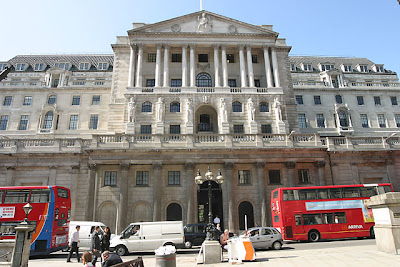 With the debate taking place on the European Treaty and it’s consequences there is a revivial in the UK on the debate on European Monetary Union (EMU), represented by the currency unit, the EURO which has become an icon of admiration or contempt depending on the side of the debate the speaker represents.

Indeed to refer to the discussion as a “debate” is perhaps to over dignify it as the Eurosceptic viewpoint is increasingly withdrawing into a caricature of “Little England” postures whilst the pro Europe lobby appears to be in love with their “communitaire” self image and making little attempt to “sell” the issues to the wider public. 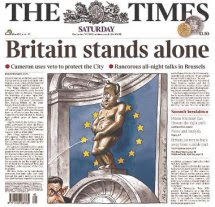 However the issues are real for the future of Britain and the lack of true dialogue and constructive debate on the issues is worrying. The schizophrenic response in the UK to the European monetary union in 1999 however accurately reflects the history of a country which has 3 times in the past 200 years united with Russia to oppose the emergence of a central European power bloc but whose own Prime Minister, Winston Churchill, called in 1945 for the creation of a United States of Europe to combat the re-emergence of a divided Europe.

In the end countries are guided in their policies by self interest and here we attempt to address the real issues posed by the EMU and answer the question ” Is European Monetary Union in the best interests of the UK ?”
The real debate is between those “free marketers” such as Prof. Alan Walters who argue passionately (and with history on their side) that fixed exchange rate mechanisms have always self destructed due to internal conflicts but not before they have caused considerable damage in the process and the Federalists such as Jacques Delors who argue that the future is the only reality and that Europe to compete with the emerging Pacific economic powerhouse will have to develop a genuine single market and this is only possible with a single currency and unified economic policies.

A single currency for the European Community was at the heart of the Maastricht Treaty for Economic and Monetary Union (EMU) signed in 1991. The then twelve EC members set a 1999 deadline for introducing the currency but only in those countries meeting economic criteria laid down in the Treaty. However, it is clear now that most EC economies are unlikely to pass the Maastricht tests, threatening delay or even abandonment of the project. 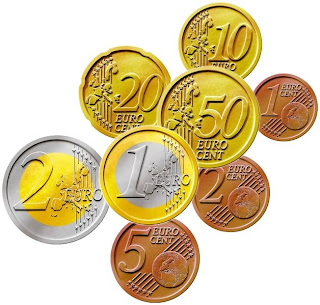 Monetary union would be a decisive step towards political integration – a United States of Europe. The opt out bty the UK from the Euro was a possibly mortal blow to the dreams of pro – Europeans or ‘federalists’ whose ultimate goal is political union. On the other hand, ‘Euro – sceptics’, opposed to further European integration, were reinforced in their opposition to the euro. These opposing attitudes towards EMU have been taken up largely independently of the merits and demerits of a single currency on economic grounds.

The driving force behind the Community (known since Maastricht as the European Union or EU) has always been political as envisaged by Winston Churchill and Jean Monet, the founding father of European Union.
The process begun in 1957 with the Treaty of Rome which established the European Economic Community (EEC) has evolved from a customs union among the original six members into a huge common market of twenty seven countries with a population of 500 million a nominal GDP of Euro 11.6 (US$15.7) trillion in 2007

Monetary union logically implies a high degree of political integration. Thus the supply of a single currency is regulated by a European Central Bank (ECB). National governments and central banks have therefore lost their independent control or sovereignty over monetary policy, for example, in the setting of interest rates. Also, because governments’ budget deficits or surpluses have monetary implications, there is growing centralised co – ordination of national spending and taxation.

Fear that national parliaments would thus cede their sovereignty over macroeconomics policy (and ultimately the power to levy taxes) to EC institutions explains the often violent opposition to the single currency from Euro – sceptics. But similar if less visible antipathy towards European integration is to be found across the political spectrum and in other countries as well as the UK. In 1994, for example, Norwegians voted to reject Community membership which had been negotiated by their government.

The Maastricht Treaty lays down achievement of EMU in three stages. While the decision to join EMU or not is ultimately political, a rational judgement must also take into account the potential economic benefits and costs of a single currency. At first sight the economic case for a single European currency is a convincing one. The chief argument in favour of EMU is that a single currency is required to maximise the benefits of the Single Market or, to use its formal title, the European Economic Area (EEA). The EEA came into being in 1993 as a free trade area of all fifteen EC countries together with a few non EC countries such as Norway. The aim of the EEA is to create a genuine common market, removing all barriers to trade in goods and services and to movements of labour and capital between countries.
An indirect benefit for some countries would be lower interest rates from the elimination of the interest rate risk premiums on their currencies which could have a beneficial effect in raising investment levels in the EC and the rate of economic growth in the long term.

Proponents of Euro also claim that a politically independent European central bank, modelled on the German Bundesbank, would be more successful than other national central banks in curbing and holding down inflation. But this benign outcome is by no means certain as the ECB’s monetary policies would be determined by majority voting among representatives of national central banks. It is easy to imagine at a time of recession that monetary hard-liners win be outvoted by those favouring easier policies and lower interest rates. The euro could thus be a much ‘softer’ currency than the Dmark.

Further, it is argued that the euro could rival the US dollar as a vehicle currency, that is, a currency which would be widely accepted internationally for making payments, trade invoicing and a store of value in countries outside the EC. But such a role for the euro depends on the ECB pursuing low inflation policies.

More important than the costs of introducing the single currency are the potential economic problems arising from the centralisation of monetary and fiscal policy. An analytical framework here is provided by the theory of optimum currency areas pioneered in the 1960s by Canadian economist Robert Mundell. For Mundell the key criterion is factor mobility – that is, the ease with which capital and especially labour can move between the different states and regions in a currency area. However in the immortal words of Norman Tebbit there is no presumption that workers would ” .. get on their bikes ..” across Europe in search of opportunities and if they had to, would this be politically acceptable in the UK ?

So, without separate currencies and flexible exchange rates, there could be huge regional adjustment problems in the EC. For example, in the past the UK has been able to offset its relatively high inflation by depreciation of the pound against the Dmark — since 1966 the pound has slumped from over 11 marks to around 2.25! The danger is that high -inflation or low – productivity economies would become chronically depressed, demanding permanent regional transfers from Germany and other richer states. In fact, the Maastricht Treaty already provides for such transfers in the form of ‘cohesion funds’ for Spain, Portugal and Greece—the ‘Club Med’—and Ireland.

We already have a practical example of this difficulty in the UK, which has had a unified currency since 1736. Here there are considerable regional disparities with high levels of structural unemployment in Scotland, the North East and Northern Ireland whilst the South East has always had lower employment and higher standards of living than the regions. In an EMU would Britain a region with the inability to address it’s own specific regional economic problems?

However, the Maastricht criteria are purely financial. They ignore the large divergence’s in real economic variables such as labour productivity, unemployment and income per head. Ironically, the attempts made by France, Spain and others to achieve convergence with Germany on inflation and budget deficits have merely increased real divergence. To curb their budget deficits governments have pursued austere fiscal policies, pushing their economies into recession and forcing up unemployment – to near 12% in France and 23% in Spain.

There is widespread and growing disquiet about the consequences of the Euro, especially as the preparations for it already seem directly responsible for rising unemployment in Europe. Some argue cogently that the regional imbalances from monetary union will be a source of conflict not harmony between states. Popular resentment about high unemployment in depressed regions and about the scale of financial transfers to them from richer states could lead to a possibly violent break-up of monetary union.

At the end of the day Britain by delaying entry to the Euro, against former Prime Minister’s Tony Blair’s known instincts, is probably in the worse of all circumstances, marginalising itself from the rest of Europe by not influencing the implementation of the single currency. Only if there is a consensus and if it results in a more competitive an prosperous Europe and if that prosperity is evenly distributed. For this to happen God will be in the details and Britain cannot afford to echo the classic Times headline from 1904 – “Fog in the channel, rest of Europe cut off”. 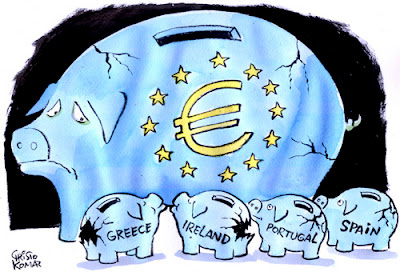