This year marks 100 years since the birth of Roald Dahl and it’s going to be the biggest worldwide celebration of Roald Dahl Day ever!

September is Roald Dahl’s birth month, and each year this is celebrated with a wonderful array of events centred around his birthday on 13th September.

On 13th September on what would have been his 100th birthday we celebrate the life and works of one of the greatest children’s authors in the world, Roald Dahl. Whether you favour Fantastic Mr Fox or have a soft spot for The BFG, there’s no denying Roald Dahl’s unique and colourful style changed children’s literature forever. And, while he also wrote successful screenplays and adult classics such as Tales Of The Unexpected, we love him most for the books he wrote for young readers.

Are you ready for #RoaldDahlDay? Read our latest #blog to find out what #marvellous #RoaldDahl events are happening https://t.co/PXyBM9TfHU

Roald Dahl  was a British novelist, short story author and screenwriter of Norwegian parentage, who rose to prominence in the 1940s as a writer for both children and adults. His most popular books include Charlie and the Chocolate Factory, James and the Giant Peach, Matilda, The Witches and The BFG.

A new blue plaque was unveiled this morning on the house in Llandaff where @roald_dahl was born. #RoaldDahl100Wales pic.twitter.com/51xwkVSCjm

Not far from us is the Chiltern Village of Great Missenden where the famous author Roald Dahl lived until his death in 1990. The Roald Dahl Museum and Story Centre is in the High Street of this picturesque village set in the Missbourne Valley. This great little Museum has two fun and fact-packed biographical galleries and a fantabulous Story Centre. In Boy and Solo, visitors can learn about the events that shaped Roald Dahl as a writer, from his illicit motorbike outings at school to his time as a World War Two fighter pilot.

In the Story Centre, visitors can get creative with plot, character and language and discover how writers from J.K. Rowling to Benjamin Zephaniah write. Visitors can also explore a replica of Roald Dahl’s famous Writing Hut, sit in his writing chair and get some gloriumptious story ideas. 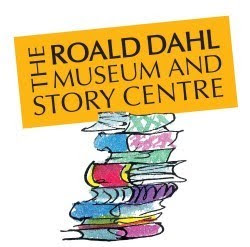 Half of the Museum tells the fascinating story of Roald Dahl’s life. The other half focuses on the process of creative writing. The displays include original documents, a replica of Roald Dahl’s writing hut, top tips from today’s leading authors and lots of interactive games. Perfect to spark the imaginations of 6 to 12 year olds and their families. Visitors usually stay for between one hour and 90 minutes though many stay longer, particularly if they join in one of the activities or enjoy a snack in the “Twits Cafe”.

As recounted in Boy, Roald Dahl’s father, Harald Dahl, immigrated to England from Norway around the turn of the century (1900). Not long after the death of his first wife, he took a trip back to Norway in hopes of finding a wife to help him raise his young son and daughter. He married Sofie Magdalene Hesselberg in 1911 and the couple moved to Dahl’s home in Llandaff, Wales. Over the next six years they had five children: Astri, Alfhild, Roald, Else, Asta. Roald was born on September 13, 1916 in Llandaff. Unfortunately Astri, the eldest, died of appendicitis in 1920. Harald Dahl quickly deteriorated after his daughter’s death and he died of pneumonia a few months later. Sofie Dahl, pregnant at the time with Asta, was left with three of her own children, two step–children, a sizeable estate, and her husband’s dying wish that his children would be educated in English schools, which he thought the best in the world.

At eighteen, instead of entering university, Dahl joined an expedition to Newfoundland. Returning to England he took a job with Shell, working in London (1933-37) and in Dar es Salaam, Tanzania (1937-39). During World War II he served in the Royal Air Forces in Libya, Greece, and Syria. He was shot down in Libya, wounded in Syria, and then posted to Washington as an assistant air attaché to British Security (1942-43). In 1943 he was a Wing Commander and worked until 1945 for British Security Co-ordination in North America.

One hundred years of Roald Dahl (not to mention moobs and YOLO): an @OED update: https://t.co/S6KuHdZ12g pic.twitter.com/nmcBALML9l 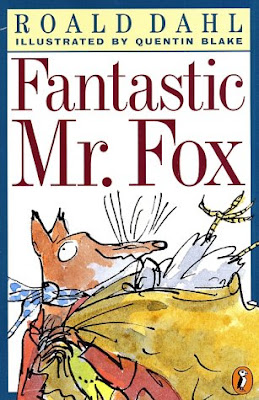 There are macabre twists and unexpected cruelty by characters in both his adult and children’s writing and it is likely his wartime experiences which included being shot down and captured, his serious injuries which necessitated 6 months hospitalisation in Alexandria, Egypt and death being omnipresent contributed to his sardonic view which finds expression in his writing. Death was also omnipresent with most of his squadron being shot down in slaughterhouse air battles such as the battle of Athens in 1941 and Dahl himself was credited with 22 enemy kills during the war. The cold eye he cast on life is probably due to his wartime experience and the part disease played in his own and his family’s life later.

Boy – Tales of Childhood and Going Solo are accounts of Dahl’s childhood experiences which explain where some of the ideas for his books originated. Roald Dahl and his siblings were raised to be very conscious of their Norwegian heritage. Not only did his mother speak the language around the house, she also read them Norse myths and took them on annual trips to Norway to visit relatives. This heritage is most evident in Dahl’s book The Witches, but its influence can be seen in other books as well. 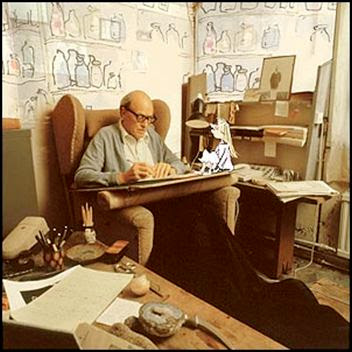 Danny, The Champion of the World, Matilda, and Roald Dahl’s Revolting Rhymes are examples of stories resulting from Dahl’s beliefs that “The writer for children must be a jokey sort of fellow… he must be unconventional and inventive.” Of children, he said, “They love being spooked… They love chocolates and toys and money… They love being made to giggle.” The stories of Roald Dahl are indeed treasures for children and for generations to come. Famous for his ingenious short stories and macabre children’s books, Dahl’s taste for cruelty, rudeness to adults, and the comic grotesque fascinated young readers, but upset many adult critics. Several of Dahl’s stories have been made into films, including Matilda, dir. by Danny DeVito (1996).

Roald Dahl died in November 1990 at the age of 74 of a rare blood disease, myelodysplastic anemia, at his home, Gipsy House in Great Missenden, Buckinghamshire, and was buried in the cemetery at the parish church of Saint Peter and Saint Paul. According to his granddaughter, the family gave him a “sort of Viking funeral”. He was buried with his snooker cues, some very good burgundy, chocolates, HB pencils and a power saw.” In his honour, the Roald Dahl Children’s Gallery was opened at Buckinghamshire County Museum in nearby Aylesbury.

Dahl’s charitable commitments in the fields of neurology, haematology and literacy have been continued by his widow since his death, through the Roald Dahl Foundation. In June 2005, the Roald Dahl Museum and Story Centre opened in Great Missenden to celebrate the work of Roald Dahl and advance his work in literacy. Felicity Dahl still lives at Gypsy House and its grounds (and Dahl’s writing shed) are open 5 times a year in aid of the various charities he supported. 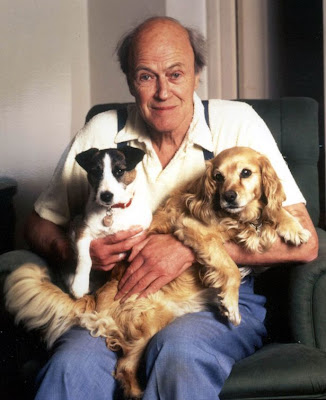 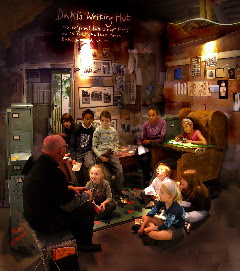 The museum is set in an old coaching inn at 81-83, High Street, Great Missenden and is a welcome addition to a village which, though it has gentrified somewhat, still has the atmosphere of a typical Chilterns village set in a wooded valley in the Hills which first attracted Roald Dahl here. The museum offers a pleasant thematic journey through his life and work in the various exhibits and in the Story Centre which is designed to encourage children’s creativity. It has a well stocked shop which shows how easily his books (and the movie spin offs) lends themselves to merchandising. The well run “Twit’s Café” offers a pleasant informal pit stop for children and harassed parents alike!

If you walk past the museum away from the railway station you will come to Church Street. Walk about 250 yards along this you will come to the parish church of St. Peter and St Paul. There is evidence of a church here since 1133 and typically of the Chiltern villages the church is just outside the town, probably due to the incidence of burials due to Plague and “Fever” in the early middle ages. Roald Dahl is buried here with his grave marked by a slab of Welsh slate. 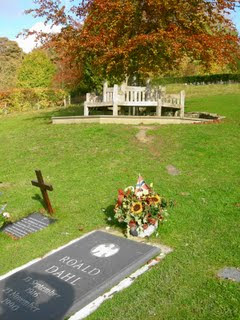 The bench you see in the background has a quote from one of his children’s books. Then, at the edge, you see an enormous footprint, pointing in the direction of Roald Dahl’s grave. Then there are 3 more of these (concrete) footprints in the grass that lead right to his stone. These are footprints of a character in one of his books, The BFG – The Big, Friendly Giant. So it was like the BFG was either visiting his grave or had laid him in it!! 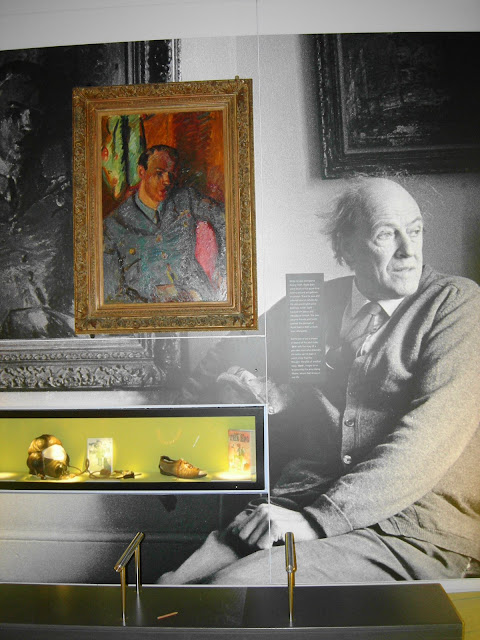 In 1898, to widespread bemusement, a small Provincial Newspaper in an equally small town in the South West corner of Ireland sonorously warned the Czar of Russia that it knew what he was up to and he should be careful how he proceeded for “The Skibbereen Eagle” was wise to his game and in future would be keeping its eye on him! It is doubtful that Nicholas II, Emperor and Autocrat of All the Russias, even noticed the Eagle’s admonitions but as history soon proved he should have paid closer attention to the Eagle’s insightful opinions!

Today, powered by its readers and contributors, from its cyber eyries in Ireland and the centres of the Irish Diaspora The Eagle casts its Cold Eye on Life and Death and much in between.

Latest posts by The Skibbereen Eagle (see all)