It is not a goodtime to be one of the PIGS – Portugal, Ireland, Greece and Spain. Greece, Ireland and Portugal, the euro region countries that needed 256 billion Euros ($366 billion) in emergency aid to avoid default, may all see their debt loads exceed the size of their economies this year. The only one of the PIGS whose economy has not been bailed out is Spain which is arguably too big to be bailed out in any event.

However the possibility of a second Greek Bail-Out and the increasing likelihood of defaults on Sovereign Debt is threatening not just the continuation of the Eurozone but the entire European Banking System – it is estimated that UK Banks have over €88 Billion exposure in Ireland and French and German Banks over €100 Billion exposure in Greece. Moody’s has placed three large French banks on negative review based on their exposure to Greek debt.

In Ireland the political opposition is building up to the IMF Bailout fuelled by resentment that the Developers, Bankers and idiot Politicians who caused the bubble in asset values are getting off scot free. Finance Dublin kicked off The Irish Government Debt Clock which was set at midnight on June 30th 2009, when it was €65.278 billion. It updates the latest figures for the National Debt of Ireland. The clock is re-set periodically, to reflect changes in debt and deficit estimates from the Dept of Finance, the National Treasury Management Agency (NTMA), and independent economists. The clock is set now at €107 Bn, an amount which would be unserviceable even if the boom had continued. For further background on what the debt figures mean click here.

Cheerful Hibernians in between Riverdancing

Greece’s debt, already the biggest in the euro’s history at 143 percent of gross domestic product last year, will jump to almost 158 percent this year and 166 percent in 2012, the European Commission said this week in Brussels. Portuguese debt will surpass total economic output for the first time this year, growing to 101.7 percent of GDP, while Irish debt will reach 112 percent, the forecasts show. 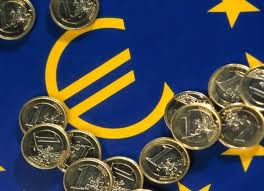 The scale of Greece’s problem is simply stated: her national debt will approach 160 per cent of GDP on current trends. Here in the UK we are supposed to be in crisis because that ratio is heading for about 75 per cent.

The Celtic Sage takes no satisfaction in predicting as far back as 2007 that the “One size fits all” Monetary Policy would be unsustainable in the EU’s peripheral economies when I wrote;

“There is widespread and growing disquiet about the consequences of the Euro, especially as the preparations for it already seem directly responsible for rising unemployment in Europe. Some argue cogently that the regional imbalances from monetary union will be a source of conflict not harmony between states. Popular resentment about high unemployment in depressed regions and about the scale of financial transfers to them from richer states could lead to a possibly violent break-up of monetary union.”

Earlier this year I pointed out the sheer impossibility of Ireland servicing its (then smaller) debt and how the election of a new brand of Gombeen Government would not make an iota of difference;

“So the € 80 Bn Bailout equates to roundly € 55,000 for every productive worker. Add to this annual interest servicing costs of € 4,960 per annum and you get the scale of the problem, Ireland’s public and private debt is simply unsustainable. Most reconstructions, Bankruptcy and liquidations, involve substantial debt reduction, a write off of debt before you begin a fresh start. Ireland is in unrealistic denial about being able to service its Public and private debt making the hard stop of debt default inevitable sooner rather than later.”

You know, sometimes it would be good to be wrong?

Posted on Dec 22, 2019 in Ireland | Comments Off on In Darkest Midwinter

Posted on Dec 18, 2019 in latest | Comments Off on Remembering Kirsty MacColl